I made 2 visits to Little Sparta this year.

The first was on the most glorious summers day, blue skies, bird song and the landscape in hyper-sharp technicolour. Little Sparta is best described as a garden in attack, not a rural retreat. It is the definitive work of poet and conceptual artist Ian Hamilton Finlay and over 200 works are seated within the landscape, most of which involve complex interplays of words, form and environment. 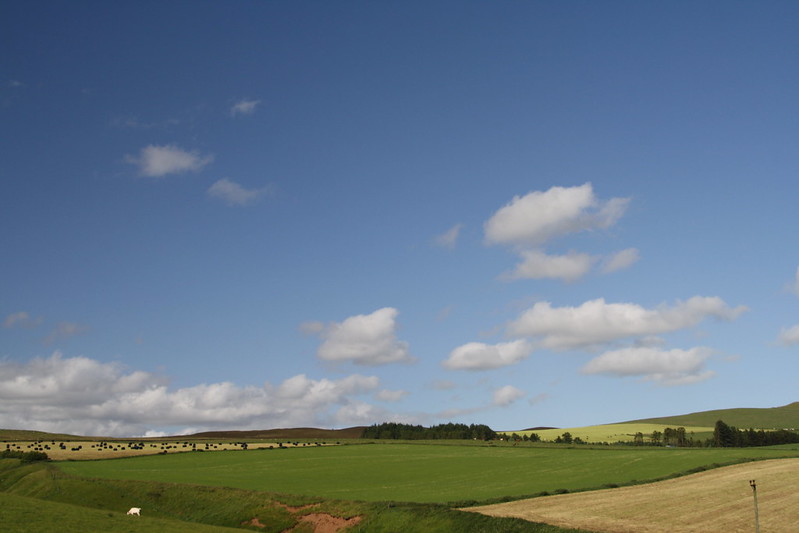 I found it quite overwhelming.

My second visit was in September, with some friends. The weather had turned, the day was more overcast and rain broke as we were leaving. I was mentally better prepared this time. We also had more time, more snacks, a better camera. 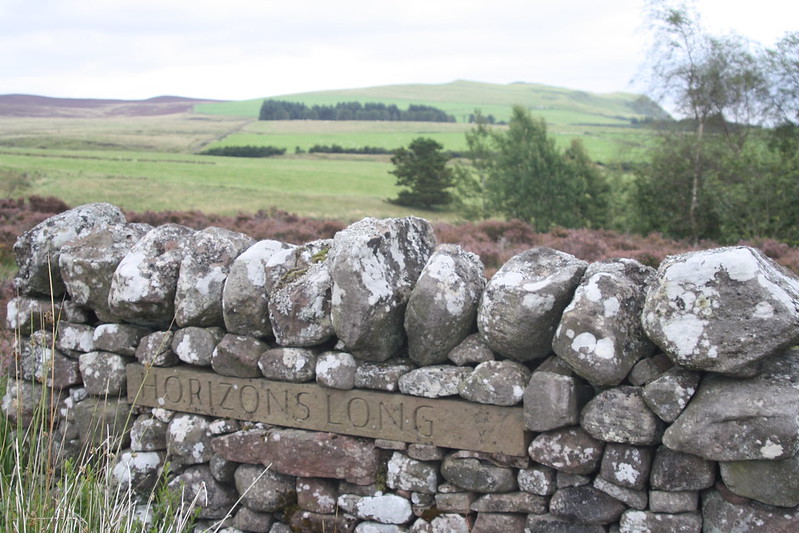 To try to write anything about the relationship between the sublime and terror, in a landscape garden filled with poem-objects based on the words and symbols of the French Revolution and the Second World War would be a level of pretension that’s beyond me.

I also can’t attempt anything about the collaborative nature of most of the pieces. Hamilton Finlay conceived, but did not create most of these works and he was scrupulous about crediting his collaborators publicly.

I can’t begin to describe my response to pieces like this as a native of the part of Scotland where our decommissioned nuclear submarine fleet lies berthed, it’s half-life slowly ticking away. 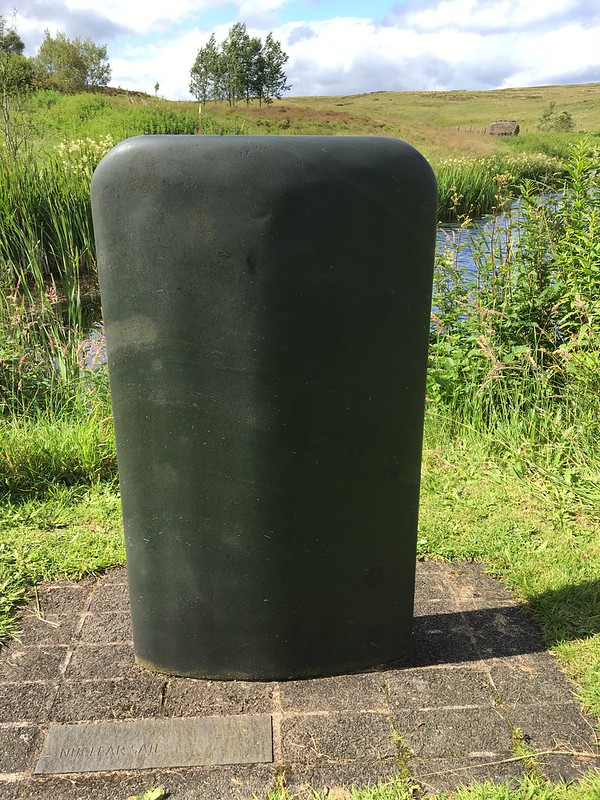 The best I can attempt to do is to reflect upon one piece that I spent time with on my second visit that appealed to me on a more manageable level. 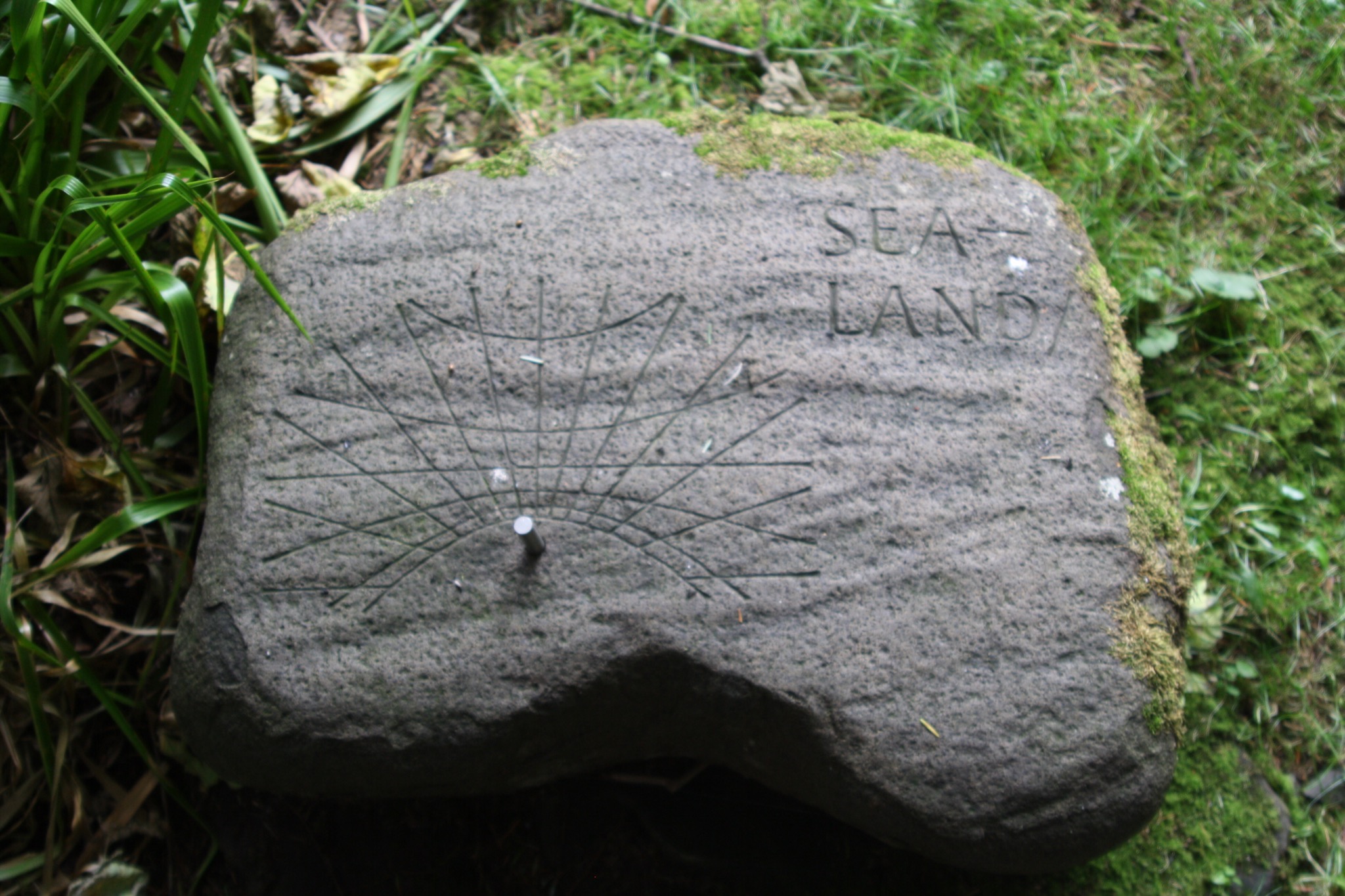 “The horizontals representing the land, the verticals the sea” (Little Sparta: A Guide to the Garden of Ian Hamilton Finlay)

The nature of time at sea.
The need for time at sea.
Longitude.
A sundial that works neither on sea or land.
A sundial hidden under trees in a woodland glade.
A pole, but unclear whether it’s north or south.

Even the the suggestion of a fixed point on earth offers no clear perspective.

I remain overwhelmed, and not a little lost at sea. 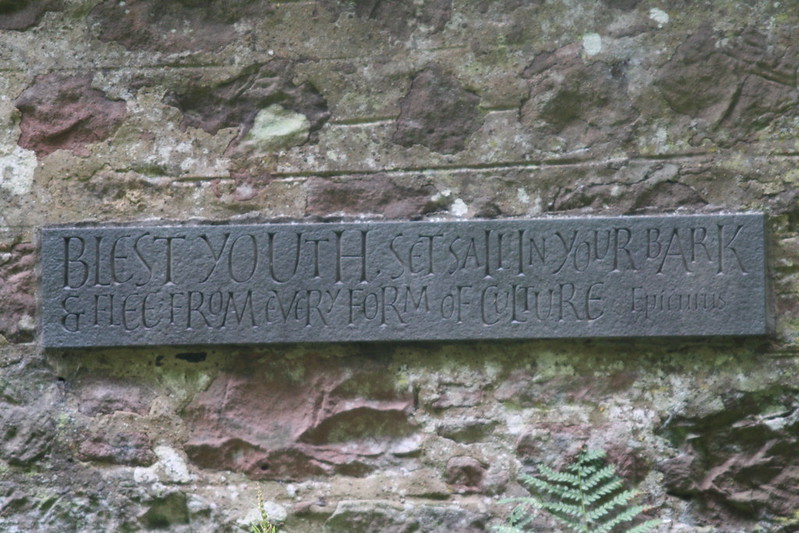