Wow. Okay. I’ve really not been writing very much of late. a whopping 18 posts in 2020, and erm, 3 so far for 2021 as we head towards the end of July. It’s not that I haven’t been busy, or got stuff to write about. I am just so very very tired. Tired. Very very tired. Being and doing on a daily basis is exhausting.

Did I mention that the world is also on fire right now? Literally, and metaphorically. I come to you from Tk’emlúps te Secwépemc (Kamloops, BC) these days, where the air tastes like the inside of a smokie kiln.

I wrote a previous blog post about the raft of stuff that my teams have been doing in over the last year, and why it’s important to take the time out to celebrate and recognise the distance travelled. It’s not the only thing that’s been going on though. Some of you might have caught a press release late last year (some of you might have snarked a teeny weeny bit – it’s a press release folks!), and now I want to take a few moments just to record a bit of the other stuff that’s been going on this year, because this has pretty much been the main event in my brain and my days.

In the first 10 weeks I had here at Athabasca, before the world went to rat-shit, I leapt right into the startup of a major initiative called the “Integrated Learning Environment”. Week 1 I was evaluating RFP responses and meeting with our internal change management experts to talk about how to get the initiative off the ground. 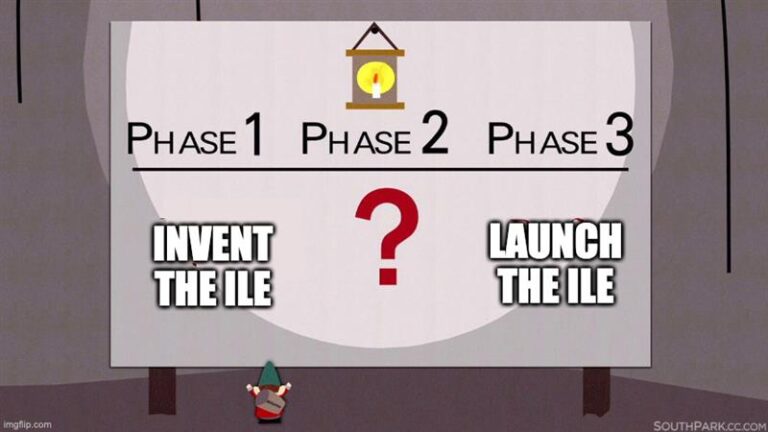 In technology terms, it involves replacing nearly 30 different instances of learning environments with the Brightspace LMS. We’re also doing a ground up replacement of our student information system (Banner), adding in CRM capabilities for recruitment and student support services, and unpicking and re-stitching a whole bunch of stuff around how we distribute learning resources, match learners to tutors, administer exams, and other bits and pieces associated with running a completely digital open university. As someone with a long history in academic IT, edtech, and a stalwart of over a dozen LMS migrations, there is both exciting challenge and extreme deja-vu in here. I like thinking about ecosystems and edtech futures.

Technology is not the half of it though and I don’t subscribe to any magical thinking when it comes to tech. It’s not neutral and it will shape what we do, but it also won’t in and of itself transform our institution. That will be done by people, and it will be done by thinking creatively, cherry picking the best of what we do and elevating it, letting go of old ways that don’t serve us well any more, learning new things, dreaming, speculating, listening, talking, nailing things to masts, fenceposts, other metaphors, and generally by being a bit messy and wonderful. Some of this we will write up as documents and call business process design.

Creating the conditions for this to happen is a job of work in itself. It requires leadership, role modelling, and careful consideration of how to bring people together to work on challenges. Making a change of this size work also requires ongoing communication, engagement, and proper investment in training and development. There’s a whole blog post I should write on this alone…

As we worked our way painfully through the pandemic last year, myself and a crack team of colleagues also worked our way painfully through RFP responses, a 3 month deep dive discovery session with our preferred vendor partners, and then contract negotiations. Those who know me know I am a masochist and kind of like contract negotiations. We started to build out a small team to kick the work off, secured multi-year funding via our integrated planning process, and began the heavy lift of getting something this size off the grid and moving. 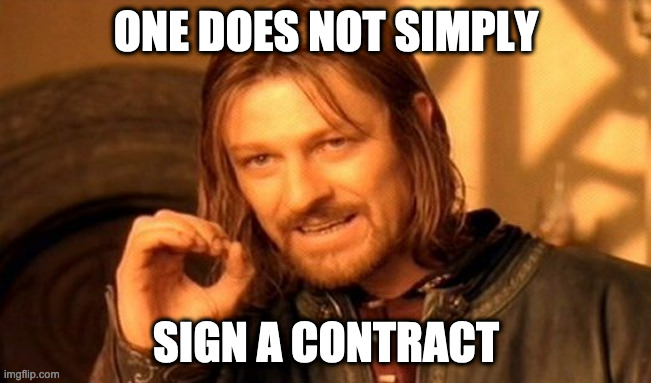 I’d say we hit the road for real in March and in early August we will be launching a very early prototype of the core learning environment, aiming to get early feedback on foundational usability and look and feel pieces, ahead of starting to scale up our course migration work. More deja-vu flash blacks at this point for sure and I recently re-read Peter Reed’s paper on LMS “hygiene factors”. 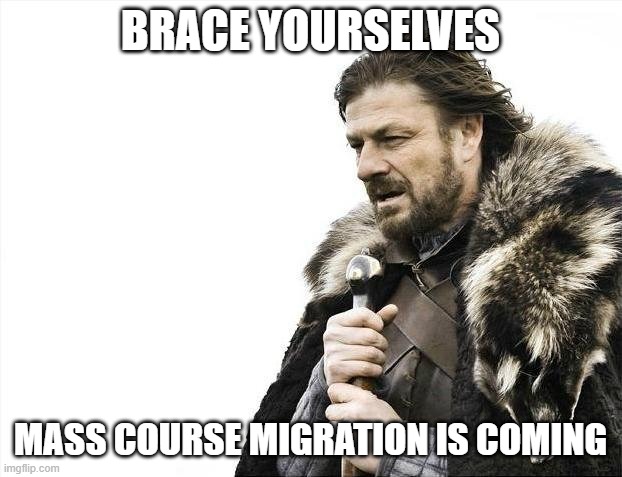 It’s not been easy, and it’s taken a lot of work from a lot of colleagues to get to this point. I’d say the memes kicked in about 6 weeks ago now. That we’ve managed to do all of this on top of the day job, with lots of pandemic, is pretty incredible (and I haven’t even talked about the infrastructure work and a whole stream of work on the SIS). There’s a huge amount left to do for sure, and I hope to be able to write a little bit more about the LMS prototype work in the next few weeks, unless we crash and burn horribly at which point I’ll be hiding and drinking gin.

I’d also like to talk a bit about some other change initiatives, announced in the first few weeks of my time at AU, and which will involve re-designing our learning design and production activities. I’m going to be hiring in this space in the not too distant future I hope. So if some of this stuff sounds interesting to you, pop back sometime.