Yesterday, as anyone who saw my demented tweeting will know, I took part in the Edinburgh Processions march.

Processions celebrates 100 years of female suffrage (though 1918 only extended suffrage to women over 30 who had property).

On Sunday 10th of June, women and girls in Belfast, Cardiff, Edinburgh and London will walk together as part of this celebratory mass participation artwork. On arrival participants will receive cotton wraps in Green, White or Violet, the colours of the suffrage movement. Participants will be organised into bands according to their colour and together will appear as a flowing river of colour through the city streets. At the centre of each procession will be handmade contemporary banners echoing those carried by the suffrage movement, which participants will make in advance of 10th June. (https://www.processions.co.uk/faq/ )

I made a small contribution to my friend and colleague Lindy Richardson’s banner – an amazing project that she has been running in Edinburgh College of Art. She’s been working with her students, staff from the University and prisoners in Cornton Vale women’s prison to consider what it means to have (or not have) the vote (in the UK prisoners do not have the right to vote), and explore attitudes towards voting. Not all of the women she has worked with value their vote or have used it and her project has been challenging attitudes as well as supporting the expression of ideas.

My contribution to the banner was the matriculation signatures of the Edinburgh 7. There are strong connections between their story and the story of the fight for suffrage. Not least both are stories about self-determination, inclusion, control, and power. Making my contribution was unexpectedly emotional and I decided to accept Lindy’s invitation to walk with her and the banner, along with her students and other Uni colleagues as part of the Art College group. Lindy was so taken with the Edinburgh 7 story that at the last minute she made pennants for each of the women and I had the pleasure of carrying my girl Emily Bovell through the streets. 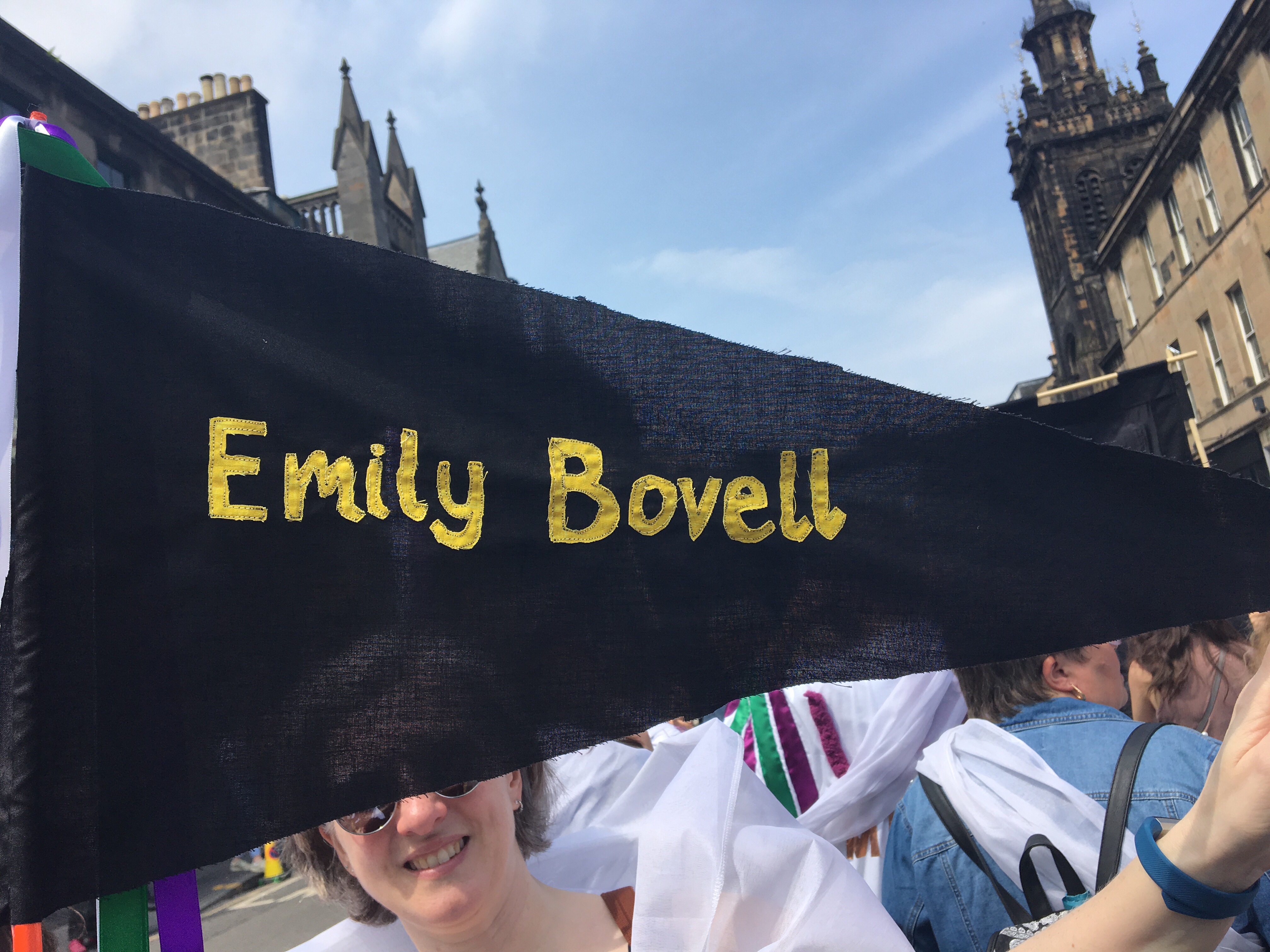 Apparently Lindy knew we were going to be in the front section of the march (along with Glasgow Women’s Library), but on the day it was decided that her banner would lead the entire parade. I found myself walking about 6 rows back from the front as the most kick-ass female piper I have ever seen led us through the city.

The wonderful Louise Marshall, Piper to the Lord Provost of #Edinburgh leading #PROCESSIONS2018 in Edinburgh in true Scottish style!
If you spot the PROCESSION in progress share your pictures with us and we’ll RT the best! pic.twitter.com/MM1X95LGLA

Most of the banners were in the central white-scarf section and we were led from the Meadows and lined up on George IV Bridge as they started to build the procession. 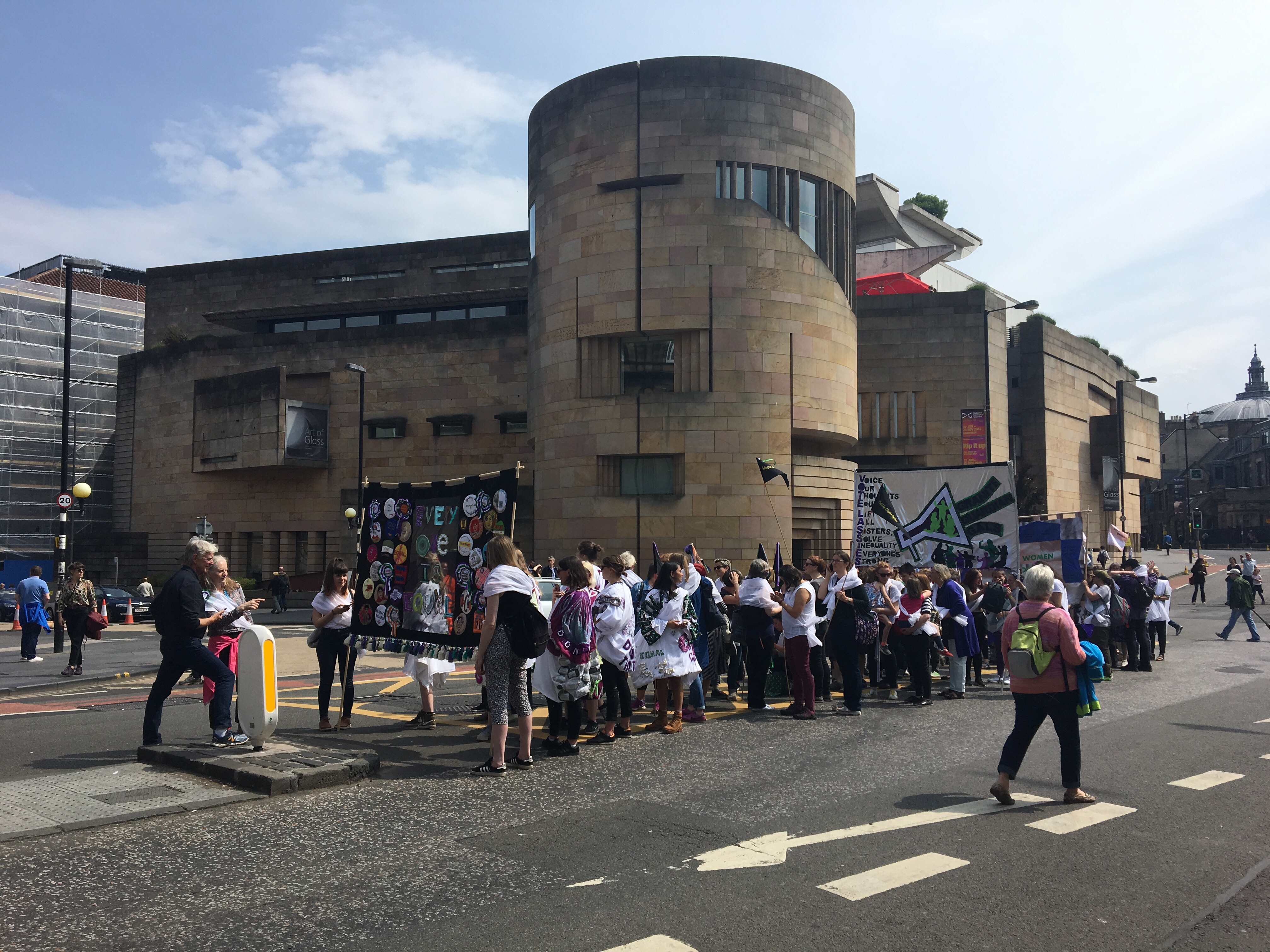 I had a lump in my throat a few times over the course of the march. The first moment of the feels was standing 4-abreast in the central reservation and women in green and purple scarves rushing up on either side to stand alongside us, ready to go. That’s when I started to realise how big this thing was. I managed to turnaround a few times as we marched and catch sight of the train of women behind us. 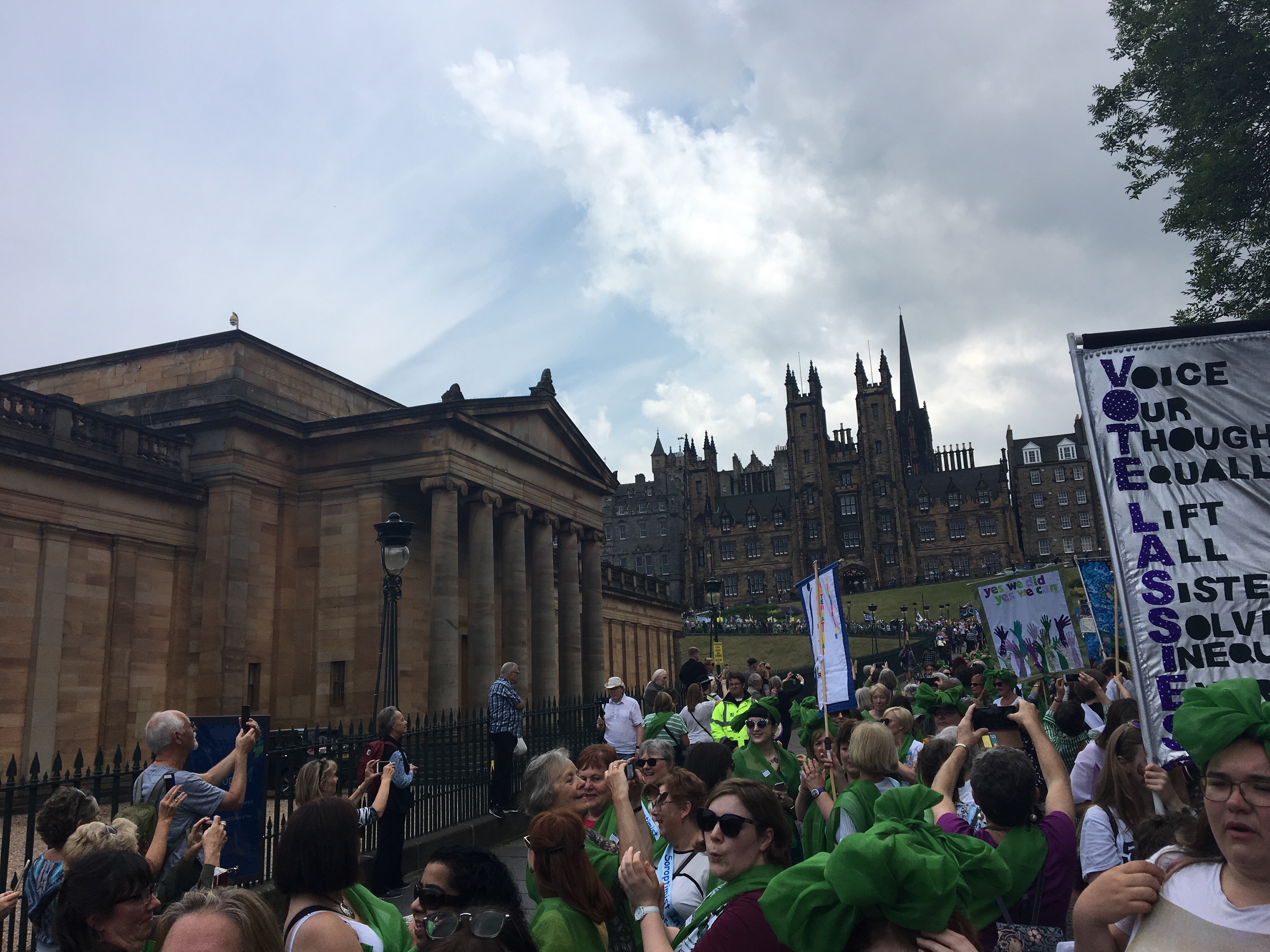 Our route took us along George IV Bridge, down the Mound, along Princes Street, across North Bridge, down the Royal Mile to the Parliament and then into the Queen’s Park, where we finished in the shadow of the Crags and the Radical Road. 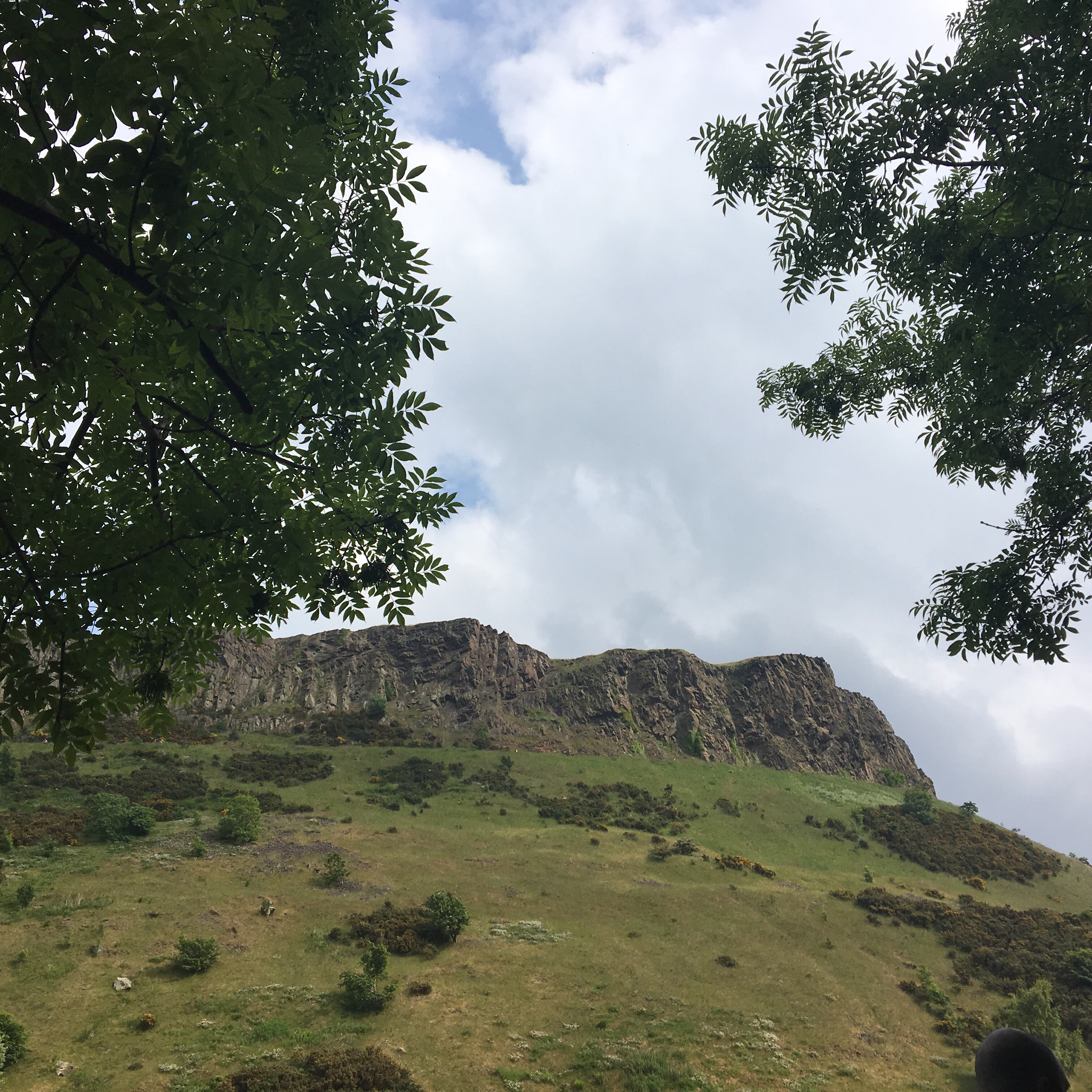 The whole march was incredible. The streets were lined with people out to watch the event or hanging out their windows, waving us on. Walking down the Royal Mile was truly memorable but the moment I really got the chills was when we hit parliament at the bottom of the Mile. Our parliament is something special to many of us. The Devolution Referendum is one of the defining events of my political youth. The Devolution referendum was the first vote I ever cast. I remember the day Donald Dewar died and we wondered who could carry our fledgling parliament forward. We now have a female First Minister and whilst I don’t necessarily agree with all her politics (I wasn’t an Indy voter last time round) I support much of the stance she has taken on Brexit, and social justice and inclusion more generally.

I also grew up in Thatcher’s Britain, and I remember the poll tax riots. I have friends who deliberately disenfranchised themselves to avoid being made to pay what was for them an unaffordable tax. Coming off the electoral register to avoid taxation is a desperate tactic, and has a unsavoury pedigree.

What I can’t forget though, is that the Processions event has been commissioned by 14-18Now as part of commemorating the First World War. In the end it took over a million women, working for unequal pay, in place of men to make the case for suffrage.